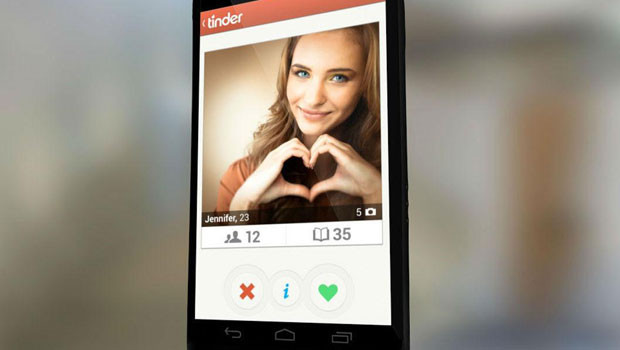 9 reasons why Tinder is trending

One of the reasons we started reviewing online dating sites back in 2008 was because they were becoming increasingly complicated.

Years before that when we first started online dating there were only a handful of very simple and straightforward – and incidentally, free! – dating sites around and it was easy enough for most people to figure them out.

Then the online dating revolution happened and suddenly the whole scene was flooded with different sites, offering different types of dating, asking for different sums of money for different sets of services.

It got so complicated that we decided we were going to extend our helping hand and tell people, which sites truly deliver and which are there there to rip you off by any means possible.

Anyway, now it seems the tables have turned once again because here we are all these years, dozens of extensive reviews and hundreds of dating articles later… and the most popular site wreaking havoc on the online dating scene is in fact taking us back to its roots.

It’s taking us back to dating sites being very simple, very straightforward and free.

Of course, I’m talking about Tinder.

So, what happened? How did the increasingly complex and intricate world of online dating suddenly take such a forward step back to its future?

How did Tinder become such a hit? If you’re already using it, I am sure you can guess why, even if you can’t put it to words.

If you’re not using it, let us tell you what you’re missing. It’s only the most sensational ‘dating site’ of our time.

Except it’s not just a dating site. It’s a dating site, Facebook, instant messenger and Angry Birds in a compact little package.

And you’re going to love it. 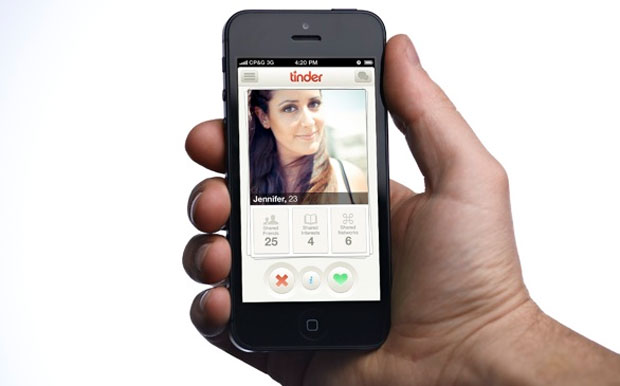 Our whole society revolves around simplifying things these days. Actually, strike that – not everything, but the stuff that people consume.

That applies to everything from ready-made meals to well-packaged information. Have you noticed how online news sites don’t even print news stories anymore – instead of writing a 250 words piece about something, they package the information nicely for us in a slideshow or a video clip.

In a way it’s been done because we are so busy all the time that we don’t have time to properly consume anything. Then again some people are saying it’s just dumbing down. Who knows?

The fact is Tinder is just another example of stripping things down to the essentials and enjoying a similar success.

One of the most popular games, Angry Birds, really doesn’t take much brain power.

Yet it’s incredibly popular. Why? Because it’s fun.

Because you don’t need to wreck your brain in order to enjoy it. It’s unabashedly entertaining and relaxing. It’s just a game.

And in a way Tinder too is just a game. It’s impossible to take it seriously (although I admit, some of the stuff could possibly lead to serious consequences, if you know what I mean). And everybody likes not to take things too seriously every now and then.

All you do is post a picture, get rated and rate other people.

It’s not rocket science but it sure as hell is fun.

If you’ve read Malcolm Gladwell’s Blink, you know what I’m talking about.

It’s about thin-slicing: making decisions in the split of a second.

OK, so you can’t decide whether you and someone else are going to make a great match by just looking at their pictures.

But who said that was the main aim of Tinder? What you can decide however, is whether you are drawn to someone. This can certainly happen in an instant.

And it’s a pretty awesome skill we have, us humans. It’s just that in real life you aren’t supposed to act on it.

Well, Tinder gives you a legitimate reason to do it. 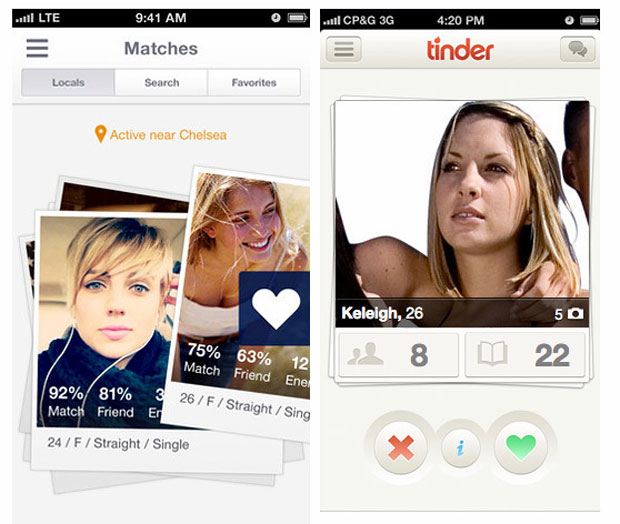 What you’re bound to meet on Tinder, is a huge bunch of people who – according to your standards – are very hot.

Are you going to get together with them? Probably not.

Let’s face it – once you started chatting with them you might find out they’re not as nice as they initially seemed.

But who cares. You can still look and drool and have a great time with your friends checking out some great-looking people in your neighbourhood.

As someone put very cleverly: Tinder is like a beauty contest with messaging.

Tinder isn’t just for beautiful people. Some of the people’s profile pics you’re going to see on Tinder are just beyond belief.

And some of them will make you appreciate the quality of the more traditional dating pool around you, no matter how meagre it is.

Still – and I know it’s not nice to laugh at people, but I swear some of those people are simply begging for it – I think those questionable profiles on Tinder are partly the reason why it’s so popular.

All this means you’re given a permission to be as shallow as you want.

In fact, Tinder legitimises being shallow.

It shows it’s all right to assess someone solely based on looks. We do it all the time anyway but in real life we’re forced to pretend we don’t really do that.

Well, on Tinder you don’t have to pretend.

You can be as judgmental as you like and the best bit is that no one is going to judge YOU for that. After all, it’s all between you and Tinder.

No one else is ever going to find out you swiped left on that nice guy across the road, the one who volunteers in the elderly day care centre.

Or that friendly girl downstairs with all these cats.

Another good reason why Tinder is so good and refreshing is that it gives you an alternative that so many other popular sites don’t give.

Basically – while everywhere else it’s all about liking and sharing and plus one’ing, Tinder actually gives you an opportunity to show your dislikes.

To press the red X and feel like a judge on Britain’s Got Talent.

Ahh, what a difference an X makes!

Not really, or not quite yet anyway. Is it then a hook-up site? Again, not really.

But the chances finding friends with benefits from here are far greater than finding your true love (although apparently around 150 Tinder-marriages have taken place).

And come to think of it, what’s wrong with that (unless it’s against your particular beliefs)?

And unlike some specific ‘dating sites’ offering the same kind of service, Tinder is completely free, it doesn’t (usually) have offensive pictures and last but not least it’s also so much safer, because the sign-in process works through Facebook.

So you know, in a way Tinder works like a condom (but we still recommend them!)

Read more about this aspect of Tinder in this interesting BBC article.

Last but not least, Tinder is very addictive.

Most legal things that are this addictive usually feel sooo good but are also sooo bad for us.

Well, Tinder really won’t harm you very much (unless you go totally overboard with it) so you can indulge quite freely.

The only thing it’s bound to eat up is your valuable time. So if you’re looking for a perfect way how to waste your day away, go on, sign up to Tinder.

Aet Suvari has been reviewing and writing about the world of online dating since 2008 and the launch of Online Dating Help. A stickler for promoting ethical practices within the UK dating industry she champions the sites that get it right while highlighting those holding it back. You can follow her on Google+

Tips For Online Dating Over 40 (without having a breakdown) → 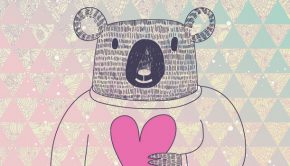 How to get the most out of searching on Match.com →